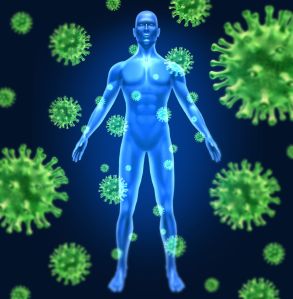 Every fall, the flu shot PR machine revs up again, advising everyone to get a shot to prevent the flu (or influenza, the word with flu in the middle!). While the shots reduce the incidence of influenza, many people experience side effects or are concerned about the risk of other problems occurring as a result of this vaccine. One of the recurrent concerns is Guillaume-Barre syndrome, a paralyzing neurologic disorder. Researchers are divided on the connection, in part because it is challenging to do a study with a large enough sample size to extrapolate to the millions who get flu shots every year. The association is significant enough that the CDC warns people that have suffered Guillaume-Barre after a flu shot not to get any more flu shots. One group of researchers recently published a study that evaluated a common probiotic organism for its protective value against the flu. What they found was that Lactobacillus gasseri provided effective protection from an influenza virus. The symbiotic organism was able to confer this protection by triggering the genes expressing viral resistance in the host cells-in this case, in mice. This study shows that probiotic organisms can provide resistance against viral infection, and do so by activating gene sequences that interfere with viral replication in the host cell. While this study was performed on mice, it is still validation of The Symbiont Factor concept that symbionts exert control over host systems to provide an adaptive advantage in the face of environmental challenges such as infection! So make sure you take your probiotics today, ok?